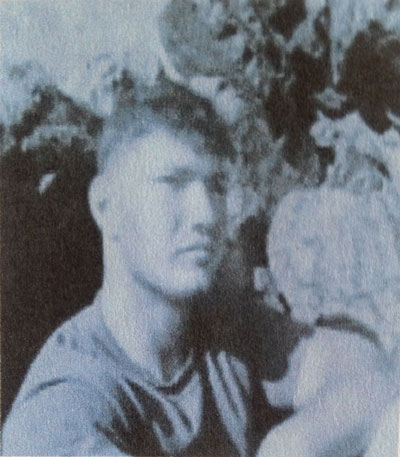 USMC Lance Cpl. Blaise A. Oleski was 22 years old when he was killed in action during combat operations in Afghanistan, Helmand Province.

Lance Cpl. Oleski grew up in Holland Patent, the son of Paul and Theresa Oleski.  He was very loved and is also survived by his brother, Bryce and his grandmother Bertha Oleski of Scranton, Pennsylvania.  Other grandparents (deceased) were Joseph and Anna D’Angelo and Paul Oleski.

USMC L/Cpl. Blaise Oleski was a 2004 graduate of Holland Patent High School.  While there he was an outstanding athlete and was a member of the school’s wrestling team.  He joined the Marines on May 16, 2006.

L/Cpl Blaise Oleski served in Iraq from July 2007 to January 2008.  In November of 2008 he was deployed to Afghanistan and served with the 3rd Battalion, 8th Marine Regiment, 2nd Marine Division.  He had plans for when he came home, he wanted to be a Firefighter, after following his dream of hiking the Adirondack Trail.  Blaise chose the Marine Corp and hoped to become a Firefighter for the same reason, he wanted to help others, that is who he was.  He had so many interests and people meant so much to him.  He once told his mother, “Mom, I’d need 5 lifetimes to do all the things I want to do!”.  All the things he did get to do since he was a little one, were met with great pride from his Mom and Dad.  He was a special one, this Blaise Oleski!  He loved his country and we will never forget.  Thank you for your service Lance Cpl. Blaise Oleski.  May you always Rest in Peace.

Wish to Donate in honor of USMC L/Cpl Blaise A. Oleski?