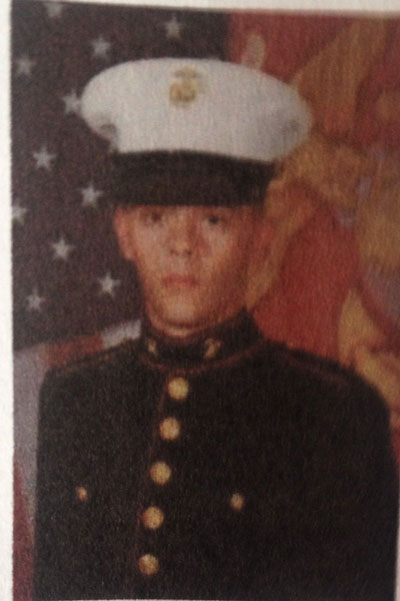 USMC L/Cpl Jeremy S. Lasher was killed in action on July 23, 2009 while serving our country on a mission in Afghanistan. Jeremy enlisted in the Marine Corp in 2006 and proudly served our country.  Jeremy was 27 years old.

On June 20, 2006, L/Cpl Jeremy Lasher married Andrea Wolcik in Vernon.  They were blessed with a son, Caden S. Lasher.  Jeremy’s parents are Gary Lasher and Vicky Barker Arnold. Surviving along with his wife and little boy and his mom and dad are his stepfather, Scott Arnold, his sister, Jennifer Makepeace, his two brothers, Daniel and Ryan, Ryan’s wife Debra, his two half brothers, Colin and Connor Lasher and his brother in law, Greg Makepeace.  Jeremy’s grandparents are Joanne and Charles Wingerter of Camillus and Ella Mae Lasher of Florida.  His grandparents Ray and Jean Barker and Walter Lasher are deceased.  There are also aunts, uncles, nieces, nephews, cousins, his in-laws, Andrea’s family and countless friends who were part of Jeremy’s life.

Jeremy was always active, always involved in helping others and always made time for others.  He was enthusiastic about life and every day found something that caught his attention.  In school he was on the wrestling team, he played football, Little League, Babe Ruth and Connie Mack baseball.  He was a member of the Verona Fire Department, he enjoyed music, golfing, snowmobiling, skateboarding and rollerblading.  He also loved sketching and landscaping and gardening, he had that artistic heart.  He was a strong Christian with great faith.  His family meant everything to him and him to them.

USMC L/Cpl Jeremy S. Lasher was an exceptional young man.  Firefighting and the Marine Corp were important to him which means he was brave and selfless.  He thought about others, what he could do, how he could help and he chose to become a Marine. He honored the Marine Corp and he honored our country.  We honor him.  Lcpl Jeremy S. Lasher, you are a hero, we will never forget you.  May you always Rest in Peace.

Wish to Donate in honor of USMC L/Cpl Jeremy Lasher?